What is SmCo Pot Magnet?

China SmCo (Samarium Cobalt) pot magnet is encapsulated in a steel shell to ensure maximum performance while protecting the smco magnet from cracking or chipping when in use.

As a type of mounting magnets, it has excellent properties of corrosion resistant, magnetic and high temperature resistant. It is mainly used in high temperature and other special industrial production environments.

For example, it is very suitable for attaching magnetic preheaters because of its high adhesive strength / temperature resistance.

Magnet Mounting: If your product is equipped with pot magnets on the back, it can be quickly and easily mounted to a metal surface.

High Operating Temperature: Smco magnets can operate up to 350°C. 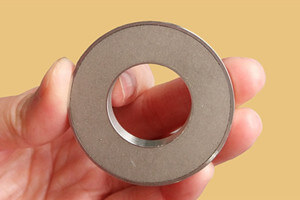 Do you have smaller but also stronger magnets that can withstand high temperature?

Among these three materials, samarium cobalt has the strongest magnetism. If you need smaller and stronger cup magnets, then samarium cobalt pot magnets are a better choice.

For example, we have a European customer who originally used a ferrite cup magnet in his workshop at high temperature. The size is about D50, the suction power is about 18kg. Later he wanted to change to a smaller and more compact pot magnet with more suction power. At the same time, the cup magnet need to withstand at least 250 degrees.

According to his requirement, we arranged the sample production of samarium cobalt cup magnet in the size of D28mm. Finally, tested by the standard suction force testing instrument, the maximum suction of the prototype can reach 21kg.

If you are looking for high temperature pot magnet, China Magnets Source Material Limited will listen to you and deliver what you expect, email us, we are ready to serve you.